About Us » KCHS History

Education, public and private, has long been important in the life of King City. As early as 1887, a small public school was housed in a storehouse at the corner of North Second and Broadway. Among the first pupils were Cecelia Eade and Dave Harbolt. The school's first teacher was Pearl Brown, niece of Charles King. Other early teachers were Rosalie Branstetter and Olive Hamilton. King City High School has had a long and proud history. Fred Vivian, founder of The Rustler, led the campaign for a local high school. He editorialized for its establishment in King City as early as 1906. In 1911 the school was established. His daughters were among the first students. Classes were initially held in the Talbot building while the school was Classes were initially held in the Talbot building while the school was being constructed. The new school opened its doors in 1913, with Charles Booth as the first principal. He deserves credit for establishing a solid academic program and a fine tradition of athletic excellence. Mary McCormick was the first and only graduate in 1913.Walter Norris, Florence Dudley, and Bill Brinan graduated in 1914. Among the 10 graduates in 1915 was Mr. Vivian's daughter, Ruth. Students from outlying towns rode the train to school. In 1918 the worldwide flu epidemic struck King City and all of the town's schools were closed. The high school building was pressed into service as an emergency hospital. Recovering from this crisis, the town and the school grew steadily through the 1920's and 1930's. In 1937 construction was begun on the high school auditorium. It was to cost $179,000. Designed in a classic Greek rotunda rather than a traditional shape by famed architect Robert Stanton, it was completed in March of 1939.
In 1968, again due to earthquake hazards, the old school buildings were torn down. The gleaming new building did not dilute the sad affection town citizens felt as the historic classrooms collapsed into rubble. All of the schools in King City continue to provide education of a high order and serve as the focus of community activities. King City High School, which opened in 1911, is of two comprehensive high schools in the King City Joint Union High School District. KCHS serves the city of King City and the surrounding rural areas of southern Monterey County-an attendance area of approximately 1875 square miles. The district also operates two continuation high schools, one adjacent to each of the comprehensive campus. The second high school opened in 1999 in a community about 10 miles north of King City and halved the student population of KCHS which now educated approximately 950 students on a campus in the center of King City. The bond election, which raised the funds for the construction of the second high school, also included resources to refurbish the KCHS facility. The school had qualified for facilities modernization funds and is in considerable student accessible technology. A fairly wide range of agribusiness and public sector employment form the economic base of the KCHS community. The students at KCHS are reflective of this community. Students of Latino heritage comprise 71% of the population, 26% are identified as white with the remaining 3% divided among various other ethnicities. Limited English Proficient students comprise 7% of the student population and about 25% students qualify for migrant education funding. The King City community, business, and civic organization have consistently supported their school, its students, and programs.

100 Years of Pride
This year King City High School celebrates our 100th anniversary! King City High School first opened its doors on its current one hundred acre site in 1911. In 1937 construction began on our beautiful and renowned auditorium, the Stanton Theatre, which was built to serve as a cultural center for the entire community of the central coast to enjoy. for one hundred years the school has been a center for education and community activities. King City High School serves the students and community of southern Monterey County and portions of San Benito County. The economy of this area is predominately agricultural with most businesses and employment opportunities being tied to the agriculture industry. government service employs a large number of people in the area: teachers, fire fighters, correctional officers, forestry, and police officers make up this group.

King City High School stakeholders are committed to maintaining academic standards at levels which are meaningful and help build a foundation for each student's success in his or her life after high school. Stakeholders show this commitment to maintaining academic standards by participation in the "Focus on Learning" process, as well as, continuing to support long standing traditions and community participation at King City High School. Community members and parents have opportunities to participate in the site decision-making process through the School Site Council, the Community Action Coalition, the Migrant Parent Advisory council, Focus on leaning Groups, the Regional Occupation Program and Vocational Education Advisory Committee, the Sober Grad Committee, and the Mustang Bench (a group of parents and community members who support athletic and other school events and activities). Additionally, other community groups who generously support King City High School include Rotary and Lions Clubs in King City and Greenfield, and the Young Farmers organization (which provides support for the FFA Program). Currently, King City High School has a total enrollment of 925 with 439 females and 486 males. The ethnicity of the student body is primarily Hispanic 76% and White/Non-Hispanic. King City High School has 268 English Language Learners.

With the loss of subsequent reinstatement of King City High School's accreditation in recent years, as well as the implementation of state receivership and Financial Crisis Management Assessment Team at the beginning of the 2009-2010 school year, stakeholders have been highly motivated to retain the strengths demonstrated by King City High School while delving deeply into the self study process in order to improve outcomes for all students. 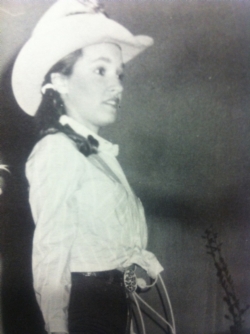 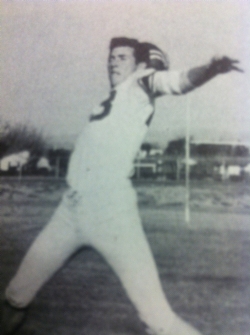 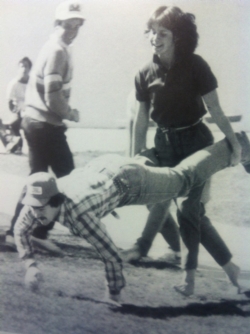 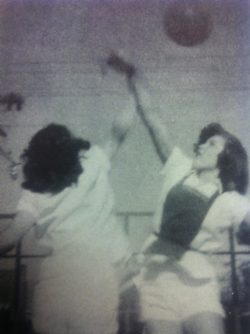